← back to
Sacred Bones Records
Get fresh music recommendations delivered to your inbox every Friday.
We've updated our Terms of Use. You can review the changes here. 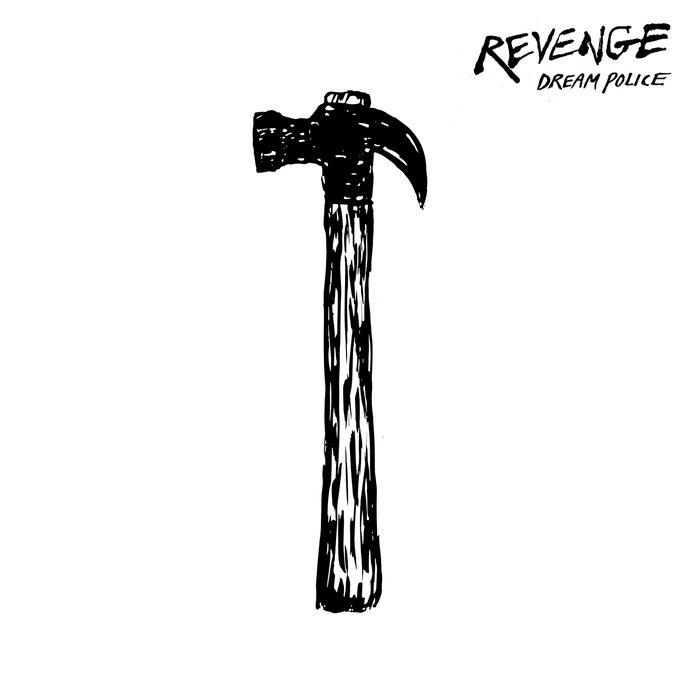 Stella Formanek Reminds me of the band Suicide

"Revenge was recorded in Mark's bedroom by the man himself. Russ Hymowitz had a repetitive, groovy bass line that he was really excited to show us. I had to get going, so I missed out hearing the idea! Mark played the drum machine alongside Russ's bass and then he overdubbed a Wurlitzer piano and a sustaining synth organ to the original take. The keys and the bass are so locked in and I love its eerie tone.

I heard the song a few days later and didn't have any ideas on what I could contribute. A week later, I was bored at work making the same old deliveries, when the phrase, 'Nice Guy Maker' kept entering my head. I wrote that down and kept driving. Then the idea of a 'grand plan' conceived by a sinister antagonist seemed interesting. I wrote that down and kept on driving. Pretty soon I was pulling over every two blocks, so I decided to stay put for 15 minutes and I finished the lyrics and the melody. I called up Mark and he recorded my vocals through an SM-57 later on that night."

Dream Police is a musical production by Nick Chiericozzi and Mark Perro. It began in 2010 as a reservoir for ideas which had overflowed from The Men's drain pipe. In that same year, a two-song cassette single was self-released, with a follow-up live document in 2011. The duo has conceived an LP with Kyle Keays-Hagerman from late 2013 through early 2014.

Bandcamp Daily  your guide to the world of Bandcamp