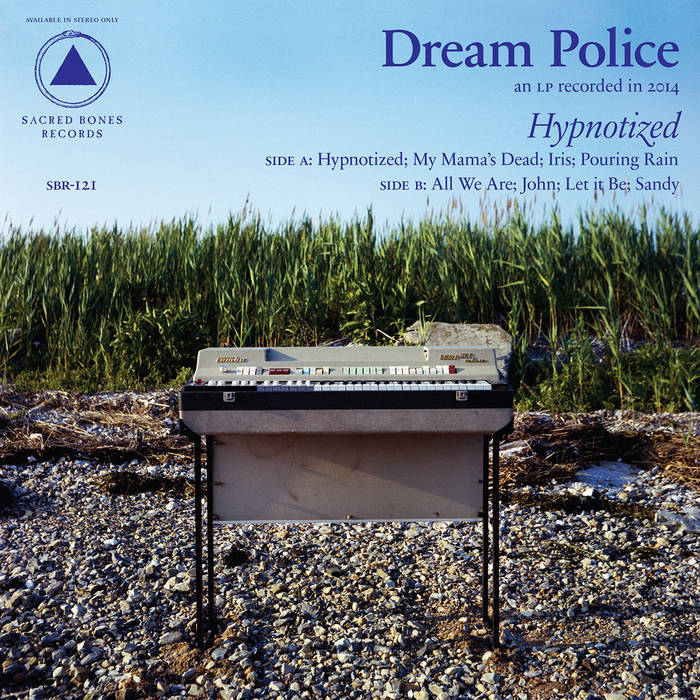 Dream Police is an American musical production by Nick Chiericozzi and Mark Perro. The project began in 2010 as a reservoir for ideas which had overflowed from The Men’s drainpipe. In that same year, a two-song cassette single was self- released, with a follow-up live document in 2011.

In the summer of 2013, The Men had just come home from five straight months of touring. For Perro and Chiericozzi, the desire to create was still strong, so they did what they used to do when they first started the band — they started jamming. The album slowly plumed into a cloud of future primitive psychedelia bursting with glimmering electronics and cinematic, vibrato storytelling. The result of that process is Hypnotized: something borne from The Men, but free of it. It was mixed the weekend after Tomorrow’s Hits was released, and then Perro and Chiericozzi were off again.

Dream Police is a musical production by Nick Chiericozzi and Mark Perro. It began in 2010 as a reservoir for ideas which had overflowed from The Men's drain pipe. In that same year, a two-song cassette single was self-released, with a follow-up live document in 2011. The duo has conceived an LP with Kyle Keays-Hagerman from late 2013 through early 2014.

Bandcamp Daily  your guide to the world of Bandcamp

YUNGMORPHEUS introduces his latest project, plus jams from Michael Sneed and Navy Blue